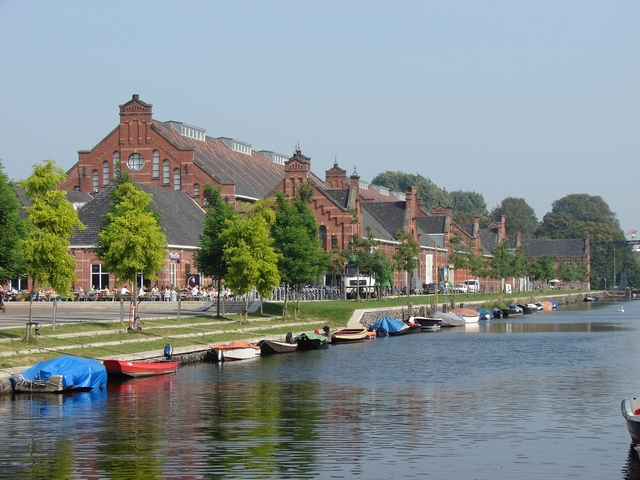 Amsterdam has always been open for new ideas and throughout its history has dared to look beyond its borders. It is fitting that EuSEM's congress was taking place in Amsterdam. In this congress we also sought new ideas and sought to move emergency medicine forward internationally.

Amsterdam has a history of creating wealth through global trade. I was reading about how Amsterdam became the richest city in the world in the 1600s: "Amsterdam's wealth was generated by its commerce, which was in turn sustained by the encouragement of entrepreneurs, whatever their origin. In the 1600s, ships from the city sailed to North America, Indonesia, Brazil and Africa and formed the basis of a worldwide trading network for everything from spices and silks to diamonds. Rembrandt painted in the city at the peak of its prosperity. Today the city has a globally active service and knowledge-based economy including banking and finance, transport, freight logistics and trading, while its airport is one of Europe's busiest.

Like Amsterdam, we in emergency medicine must take an international view of our challenges. Emergency medicine is growing rapidly and undergoing major changes across Europe. We have become a key provider of medical treatment, going way beyond the early concepts of accident and urgent care at the evening or weekends when other care providers are absent. In some of the largest European countries, statistics show the number of patients in emergency departments each year reaches a quarter of the population. This huge number of patients demands high quality of treatment. Waiting times in emergency departments are a number one theme in the press and television in some countries. To cope with such challenges emergency medicine needs new ideas. Like the merchants from Amsterdam who made the city rich by reaching out to the world, we must also look beyond our own countries. We must be open to new ideas and seek new knowledge to find new answers.

The Netherlands Society of Emergency Physicians (NSEP) was founded in Amsterdam in 1999. At that time in The Netherlands, emergency medicine as an independent medical specialty was only an idea. In 2014, fifteen years later, over 300 trained emergency physicians are working in 85 out of 93 emergency departments, of which ten are staffed by emergency physicians 24/7. In 28 training hospitals 192 residents are being trained. In a short period emergency medicine has become the future quality standard for emergency care in The Netherlands. As part of these dynamic developments we are proud to have hosted EuSEM 2014 Amsterdam, the 8th European Congress on Emergency Medicine.

2014's main theme was  ‘Connecting for Excellence!’. Traditionally Amsterdam has been a city in connection with the entire world. In 2014, 178 nationalities live together in this capital city… a breeding ground for creative excellence.

The Westergasfabriek, a building in Dutch neo-renaissance style, was originally designed as a coal gas factory complex in 1885. In the course of time the use of the building has changed. Today the area has become a cultural zone which also offers a conference venue in the historical center of Amsterdam, and is an inspiring environment to meet and advance the quality of emergency care together.